A Review of “7 Steps to Recruit-Proof Your Child” 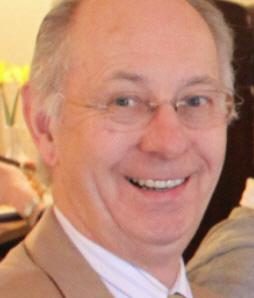 The seminal gay book “After the Ball” by Kirk & Madsen was published in America in 1989 to show homosexual “rights” activists how to use psychological propaganda to bring about a homosexual revolution and gain cultural and political supremacy. It worked beyond the authors’ wildest dreams.

But these small gains shouldn’t lull parents into complacency. Gay rights activists don’t give in easily. So Dr Lively’s book written nearly a decade after Kirk & Madsen’s to counter the recruitment program of the “gay” rights movement is still highly relevant today. In “7 steps to recruit-proof your child” Lively gives incontrovertible evidence of gay recruitment as an objective on page 1. While on page 3 he quotes a “gay’ publication declaring, “Our work will only be finished when we can say that the whole world is gay.”

After debunking the “born gay” myth in his introduction he argues that the rights of children to protection from the health hazards of homosexuality should be prioritised over adult rights to sexual autonomy and expression.

And to protect their children he proposes seven steps to parents. They are to:

1. Get serious: and learn that the gay rights movement recruits children by using social conditioning.

2. Take Authority: and stand up for your children they belong to you not the activists who have infiltrated the schools.

3. Inform Yourself:  and discover the lies about homosexual ‘identity,’ the issue is really about behaviour.

4. Strengthen your family: and accept a father’s love is crucial.

6. Clean House: TV is the major persuader of the gay rights message; block it and home school if you can.

7. Be active in your community: and support or join  a pro-family organisation.

His book closes with an epilogue giving advice on, ‘What to do when it is “too late.”’ It is always possible for a child to recover from homosexuality but it is better to be proofed against it.

The book is arranged with whole page illustrations facing the compelling text, making it an easier read. These illustrations could even be photocopied to show head-teachers irrefutable evidence that gayness is not inborn and is not “OK ” and create doubts in the rightness of their pro-gay teaching.  They include testimonials from ex-gays convincingly contradicting the ‘Born gay’ myth, and exposing muddying “the moral waters” to undermine Christian moral authority. They also reveal some of the extraordinary demands of the gay rights movement including legal rights to child custody and adoption and inclusion into the education system with an end to all discrimination. This has resulted in the bankruptcy of America’s Boy Scouts now being sued for historic sexual abuse.

Lively also explains how powerful political and social engineering tactics are used to further the cause of cultural and political gay domination. To counter this movement he urges parents to support or join one of the growing numbers of pro-family organisations, become politically active and attend school governor meetings if possible.

I highly recommend Lively’s book for parents to start restoring a more realistic social order based on the truths that humanity has two complementary sexes. And that marriage between a man and a woman is the best family environment in which to bring up children. The book is available from Amazon and christianvoice.org.uk.

Alan is a retired teacher with an MA in Phil and Psy Probs in Education. He is Chairman of Support 4 the Family.