In 2016 I published the second edition of Easy Meat, the only book in Britain which exposes the history and the scale of the grooming gang cover-up. In some considerable detail the book exposes that each organisation which had some professional responsibility to the victims had instead turned its back on the victims. These crimes which had been covered up since the 1970s were forced into the public debate from 2010 onwards. But by 2015 the state and the controlled media found a new way to advance the cover-up. Easy Meat was republished to draw attention to this advanced form of cover-up, so that future generations would know that this cover-up could have been readily observed by anyone who really cared about seeing justice for the victims and stopping these Muslim grooming gangs.

Using the Bureaucratic Machine to Cover Your Tracks

As the information on my website makes clear, around 90% of all those convicted for their part in these gangs are men with Islamic names. That is, in more than two decades, 90% of those convicted were drawn from a group who make up less than 5% of the UK population. It’s hard to find any demographic so small which is so closely connected to such a specific kind of crime, yet collectively the controlled media and the state are in denial that there is any connection. The connection is not just by name as the gangs form networks of families and friends which criss-cross the country. The gangs are not simply “Asian”, but rather are Muslims drawn from across the Islamic world. That this crimewave is ideological is the single most distinctive characteristic (of the few non-Muslims involved, many of these are involved as part of a largely Muslim gang). Only this year when Channel 4’s “Factcheck” organisation responded to claims about the disproportionate number of “Asians” in grooming gangs, they had to concur that this was indeed the case.

The prediction made in the second edition of Easy Meat was that the state and the media would continue this advanced cover-up for years to come. What is this advanced cover-up? It takes the form of ensuring that justice is not seen to be done. On the state’s side, judges are imposing reporting restrictions preventing some of these trials from being reported. On the side of the controlled media, journalists and editors are uniformly not reporting on the trials as the trials are underway even when there are no reporting restrictions. This pattern is so blatant that it can be observed in 41 out of 47 of the trials since the start of 2015. When there was any reporting on these 41 trials it was almost always only at the end of the trial (and then often only in the local media). In this way, between the judiciary and the media, the nation is kept unaware that there have been so many trials – within a day of the conclusion of a trial being minimally reported, the news cycle has moved on. Moreover, the public are kept unaware how most of these trials confirm the pattern already exposed in Easy Meat: that every case confirms most of the perpetrators are Muslim and that the victims are not Muslim. As long ago as the 1960s and 1970s the Leftist critique of the news media was that the news was faked as much by what was not reported as by what was reported. Now that the Left has control of the news media, their critique is only found in historical books.

The result of this conspiracy by the state and the controlled media includes reducing the number of complainants coming forward. Often victims have spent years being ignored by the police (as portrayed in the BBC drama Three Girls), and it is only when there is extensive news coverage of successful trials that other victims find out that they might now be taken seriously. MPs are on record stating that the Crown Prosecution Service (CPS) does not have the resources to cope with the current number of trials, so in ensuring that the recent trials receive no reporting the state and the controlled media work to prevent other victims from seeking justice and to keep down the workload of the CPS. Moreover, it is clear (since 2010 when Muslim organisations were working alongside far-Left organisations to claim “the grooming gangs are a racist myth”), that Muslims would like nothing more than for this rape on an industrial scale to be concealed from the public, lest the public wake up to the long-documented history of Islamic sex slavery. We can be confident there are dozens of Muslim groups exerting political influence to keep these trials as covert as possible. In courtrooms across the land horrific details have come out of what Muslim gangs have done to non-Muslim schoolchildren, and these horrors have been systematically concealed from the public. Meanwhile I am the only person who has been drawing attention to the uniform way in which these trials have gone unreported since 2015.

These covert trials reveal problems at the heart of the English legal system which should cause public outrage. When I raised these concerns with friends who are lawyers, they were shocked by what I disclosed. Without any news reports of what occurs at these trials, after a few short years all record of what transpired in the court will be deleted. The proceedings in the Crown Court and above are recorded. But the Ministry of Justice guidelines require these recordings be deleted shortly afterwards (five years for tape-recordings and seven years for digital recordings). Thus if we do not obtain these transcripts for posterity, it will in future be almost impossible to expose the corruption and failings on part of the police and social services in relationship to this grooming gang cover-up (there are probably thousands of “public servants” who should at the very least be publicly shamed for their failures in office). The bureaucracy of deletion will simply expunge the trial data from the official record, and most of the trials since 2015 will leave no record other than the convictions. When I have discussed this problem with Americans they have been utterly incredulous that the army of state employees in Britain can so easily cover their tracks (in many states in America people who are convicted are automatically given a recording or transcript of the court proceedings, and the English system is worse than the system of the poorest states in America). When the Leftist organisations have taken up the problem of non-existent court transcripts in Britain in the last few years, the Left’s sole concern has been about individual mis-trials; they have shown no concern about the way in which history is being re-written on a grand scale by this corrupt practice. However, in relation to the recordings of court procedure being unavailable even the Leftists assert a conspiracy in keeping with what I have outlined above: “our congested criminal justice system does not want to encourage a heavier publicly funded caseload”.

It gets worse. Assuming one is aware of these systematically covert trials, and one seeks to obtain a transcript before all the historical data is destroyed, obtaining a transcript will cost a small fortune and not inconsiderable work. One needs to identify the trial reference, the court location, the sole company who provides transcription services for that court, the exact start and end time for the trial, and possibly even the permission of the relevant judge. Assuming one has jumped all these hurdles, one will almost certainly be defeated by the astronomical price. Typically, the cost of a transcript is around £1 for every two minutes of speech. For a trial lasting ten days that is around £10,000. Many of these grooming trials last much longer than ten days. To date there are 41 trials since 2015 for which there has been virtually no reporting, so before they are permanently wiped from the historical record it could easily cost £1,000,000 just to obtain the transcripts for the past few years.

When I published the second edition of Easy Meat in 2016 it was already clear how the state and the media were going to extend the cover-up. What was less clear was that only an organisation with millions of pounds to spare would be able to counteract the state’s little-known policy of deleting court records after a few short years. Perhaps now everyone can see what a sneaky system they have effected to keep the nation in the dark about the true scale and nature of the grooming gang scandal. The national news media have the resources to record and publicise what occurs in these historic trials, but collectively they ensure no news media have any interest in exposing that Rotherham was no different from forty other English towns where the gangs have been convicted.

No related videos to display here! Want to check out some of our videos? Click here 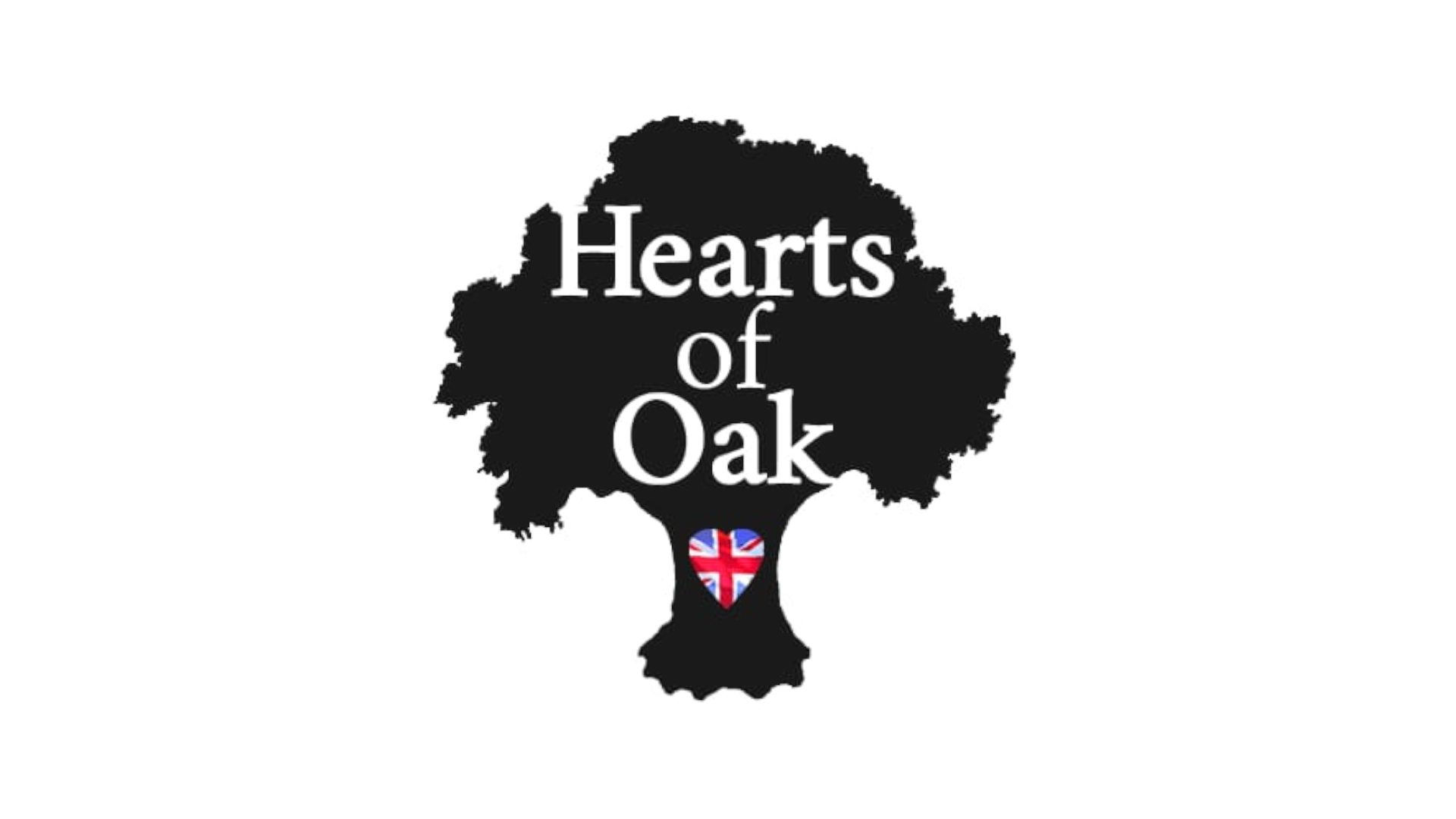